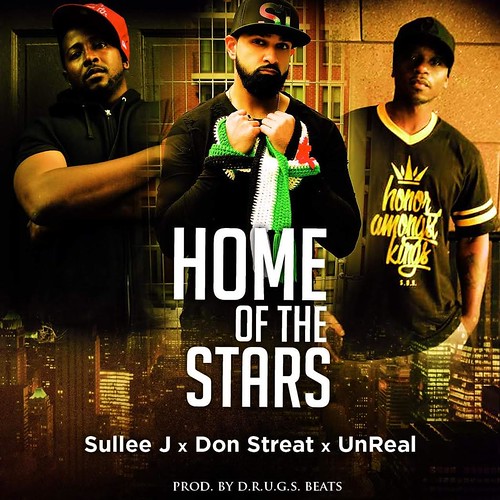 Produced by D.R.U.G.S. Beats, Baltimore artists  Don Streat, UnReal and Sullee J have come together on “Home of The Stars”. Included on the EP DonnieJustice, the video for “Home of the Stars” was taken care of by S.O.N. Media.

Poe Mack is an artist from Southwest VA who in the past two years has had mentions in the New York Times, Spin Magazine, Respect Magazine, and many popular internet blogs. Mack also constructed the 2011 Middle East Micfest Tour alongside grammy award winning hip hop producer, 9th Wonder.