With production from Harry Fraud, Blended Babies, Domingo, Anno Domini, The Audible Doctor, Teck-Zilla and many more, The Hitmen and ItsBizkit.com present a 26-track project featuring unreleased, rare and hit singles from Awkword. Keep an eye out for the Delegation of Sound produced “Whose Streets?“, which was a part of the World Wide mixtape released here on NHDub. Available digitally, on CD and cassette, The Best of Awkword also features appearances from Latasha Alcindor, Block McCloud, Five Steez, The Assembly, and Third Eye, among others. 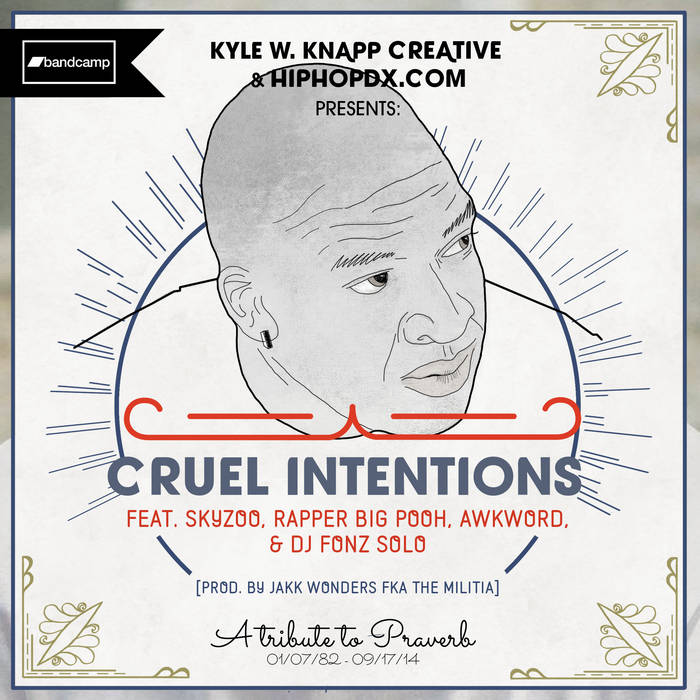 The lead single “Cruel Intentions”, from the Kyle W. Knapp Creative presented #PTheWyseVol2 tribute album, is produced by South Africa’s Jakk Wonders with bars from Skyzoo, Rapper Big Pooh and AWKWORD. With DJ Fonz Solo on the cuts, 100% of the proceeds from these releases are being donated to the family of the late, great Earl Patrick McNease aka Praverb aka P the Wyse.

Previously unreleased, Awkword digs into the vault to pull out “Aint Yo”. With unknown production and an unfinished hook from Blended Babies-affiliate Whatzisface, Awk shows how far he has come since this freestyle track that was recorded 10 years ago. Keep an eye out for new music from Awkword as well as his well received cut on NHDub’s upcoming World Wide mixtape, “Whose Streets?“.

During a recent interview Awkword was asked to come up with a quick 16 bars on the subject of college. Instead Awkword snowballed the idea into “The Ivory Tower“, blanketing the US education system as a whole. Produced by Dominant1,  “The Ivory Tower” is one of a number of collaborations with African MCs and producers you can keep an eye out for from AWKWORD in 2015.