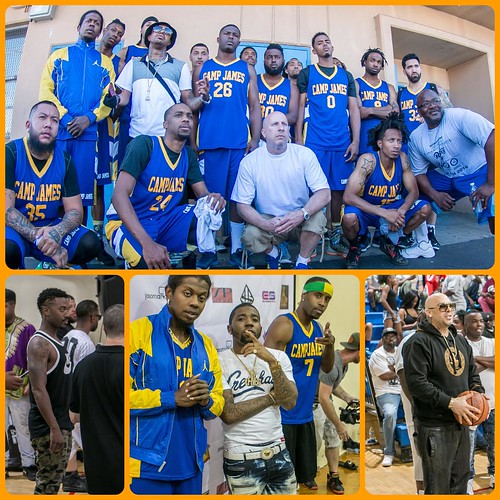 In addition to the celebrity basketball game and sneaker drive, over 100 gift bags were given to the youth in attendance, including pairs of Jordan’s and goodies from sponsors Shoe Palace, Jason Mark, Under Armour, Feed the Homeless LA and Ray J’s Skoot-E Bike.
“It feels amazing to be able to do it again. I can be honest and tell you it’s not as easy the second time as I thought it would be, but I’m very thankful to the people who continue to help me this year again like Crenshaw’s Big U, Michael Henley (Lil U) and their entire family, Echo Hattix’s PR team, Shoe Palace Sneakers and Jason Markk shoe cleaner,” says James. “Last but not least, I’m very thankful to the Crenshaw community. Nothing would matter without their presence.”