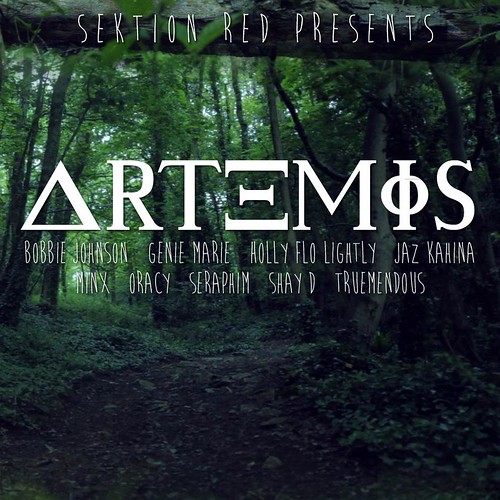 ARTEMIS is a 68 minute film by Sektion Red focusing on 9 current female MC’s in UK Hip Hop (Bobbie Johnson, Genie Marie, Holly Flo Lightly, Jaz Kahina, MINX, Oracy, Seraphim, Shay D and TrueMendous). Exploring various perceptions as to why there are not more prominent female voices in the genre, both on stage and behind the scenes, the documentary provides some ideas as to how to rectify this in the final chapters of the film. The film was directed by Oliver Whitehouse, produced by Laura Green with behind the scenes footage filmed by Fleur Wild.